My Thursday was chores during the day and more fighting with my computer which keeps dimming the screen for no reason I can find anywhere in the settings, then when Paul got home, we went to get haircuts and to do some shopping. I went to a Raikou raid and wound up meeting the son of a friend from junior high school there!

Paul wanted to watch the start of the football season, which I believe Green Bay won though it was still on when The Daily Show started so we didn't watch the end. Here are some of the shows we saw at the Maryland Renaissance Festival, including the Hooligans, Piper Jones, and the all-female production of Julius Caesar in the Globe Theatre: 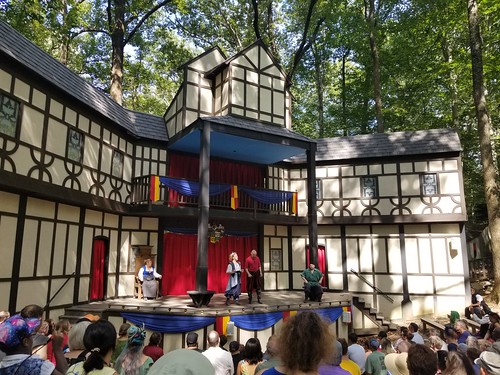