I spent an insane amount of Thursday determined that I could fix my computer if I just found the software glitch making my screen dim -- I ran Dell scans and AMD scans and Microsoft scans, I went hunting for drivers to replace the ones they apparently haven't made for my computer since Windows 8, and long story short, I'm pretty sure there's either a short in the physical monitor controls or the bulb needs to be replaced, in either case not something I can fix myself. So I need a new computer, that I can afford, ASAP. Sigh.

I had a better evening, since we met Kay and Chris at the new Silver Diner in Gaithersburg for dinner. There was live music in the new bandstand on Washingtonian Lake and the temperature had dropped, so it was a nice night when we left despite some drizzle on the way home. We missed the beginning of the debate and frankly I was more in the mood for the Panthers-Bucs game before the infotainers came on live with the inevitable highlights. From Cape Henlopen, guard towers and lighthouses, mostly ornamental now: 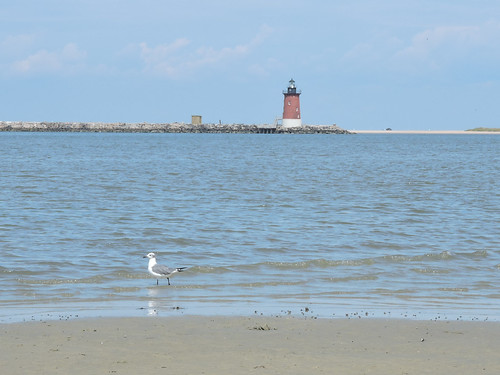