Quickie because we are getting up early to meet Adam's girlfriend, who is in town to give a tech talk and recruit for her new company at the University of Maryland's career fair, for breakfast before she has to work! Sunday was a gorgeous day, and since it was also a Pokemon Community Day, we went downtown early to visit the US Botanic Garden and I caught dozens of Turtwigs as we walked around the Capitol Reflecting Pool and the National Mall. We had a picnic in the Hirshhorn sculpture garden and got ice cream by the Native American museum's outdoor fountains. 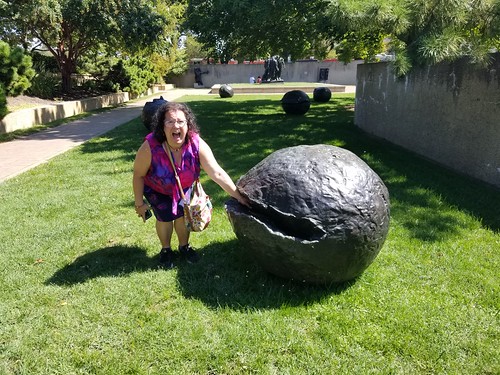 By the time the Pokemon event ended at 2, we were pretty tired from all the walking, so we came home and did a bunch of chores while I backed up my computer, though I still don't know what I'm replacing it with. We watched the very end of the Ravens game, which is all that was televised here, and after dinner we watched the season opening special of The Masked Singer and this week's Succession and On Becoming a God in Central Florida, which were both quite entertaining though I think even the villain of the latter is a better person than anyone in the former!
Collapse