We got up early on Monday so we could have breakfast with son's girlfriend, who was staying at The Hotel at the University of Maryland for their computer career fair, interviewing people for her company and giving a tech talk. We went to Bagel 'n Grinds, which is in The Hotel and has very good eggwiches and hot chocolate (I can't speak about the coffee since I didn't have any, but there are free refills). When we got home, Paul went to work and I went out to do some shopping, which wound up taking the whole afternoon and I never got around to lunch before I ran into some Pokemon friends who reminded me that Gen 5 came out at 4.

So I caught a bunch of Lillipups and Patrats, then we went to do some Psystrike Mewtwo raids though I did not catch a shiny. By the time I got home, I was starving, so we had leftover chili casserole and peanut soup since they could be heated up quickly despite not quite going together. Paul wanted to watch Monday Night Football, which was not entirely dramatic since the Browns beat the Jets by a large score. Here are some photos from Sunday in the Hirshhorn Sculpture Garden, including two monuments to Balzac, and Cars at the Capital on the National Mall, a 1969 Chevrolet Corvette Stingray owned by astronaut Alan Bean: 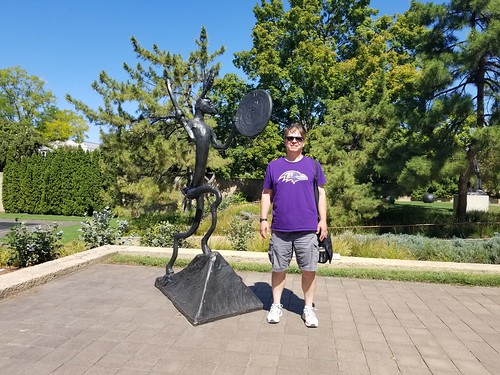