I had to go back to the mall on Wednesday to return one thing and pick up something else, so between getting writing done and moving loads of laundry, I found a present for a friend and got Spice 6 for lunch. It was otherwise not a very interesting afternoon apart from walking in the park in beautiful weather and getting a few new Gen 5 Pokemon, including a Klink at a raid. Daniel wasn't feeling well, so I sent him a same-day Whole Foods care package.

We thought the Orioles were for sure going to beat Toronto, so we put on The Bookshop, which was marketed as a fun film about a plucky woman in a quirky British town (it is in fact about how stifling small British towns are and how hard they try to destroy plucky women and their dreams). Plus the Os gave up six runs in the ninth and lost! From Hillwood, here are some of Marjorie Merriweather Post's treasures, including a drawing of the Queen Mum: 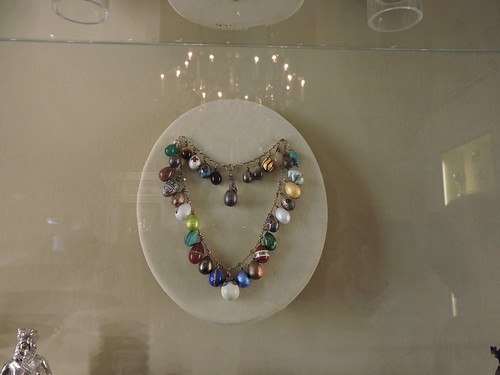