It's gorgeous and cool but I am sleepy from waking up when Paul got home at 6 a.m. and from cats who were restless all night, so I will keep this short. My day was not very eventful -- a lot of it was spent watching and reading the news, which was very eventful concerning two world leaders who very much deserve not to be world leaders and some women who know the law better than they do. I went to the park to walk and do two Giratina raids, plus I finally got my Jirachi!

We watched this week's Succession, in which Shiv is being treated like crap while her idiot brothers get away with a ridiculous amount, then the first episode of Emergence, which I would feel good about if it was an eight-episode limited series but seems like it's going to drag (possibly with no endgame) as a fall network show. By the time it ended, the Nationals had clinched a postseason spot! From Flag Ponds last weekend, here are some pictures of the beach and Chesapeake: 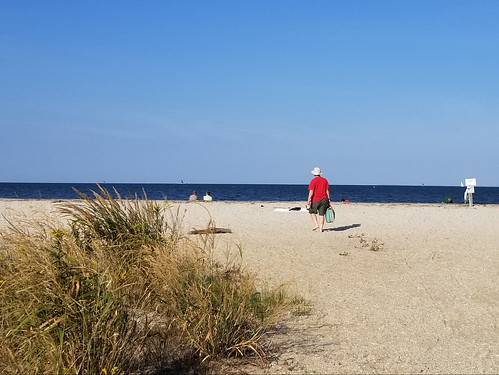