We are in Belltown a few blocks from Daniel's apartment, just back from dinner at the Melting Pot for his birthday! Most of the day was taken up with travel; we flew out of Dulles a little after noon, landed here a little after 3, and met Daniel when he finished gaming with friends since he'd taken the day off. The weather has been gorgeous, low 60s and overcast, though apparently we may get more typical Seattle fall drizzle the next couple of days. Just a couple of pics: 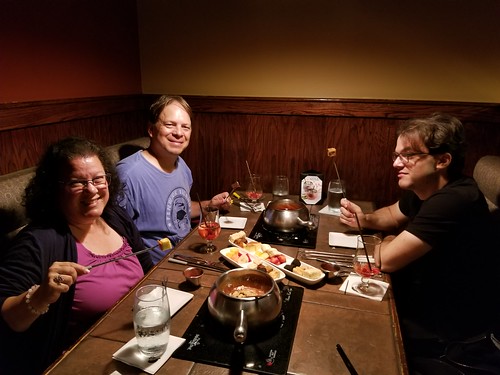 We spent a delightful day in Seattle with Daniel, mostly at the amazing Museum of Flight, which I wasn't sure at first was worth the money given that we have Udvar-Hazy and the Air & Space Museum near home, but it is extraordinary -- four enormous sections, one on historic aircraft with a focus on Boeing planes since the museum is on Boeing's airfield, one on aviation in the World Wars including newsreel footage and hundreds of models, one on the history of aviation in Seattle, and one -- a massive exhibit behind the indoor museum -- a pavilion of transport, military, and civilian aircraft, most of which can be boarded, including the Air Force One that Nixon flew to China.

Since the weather was lovely and we weren't far from Alki Beach, we went there for a while, walked on the beach and visited a couple of stores in this lovely hippie beach town, then we went to dinner at the Luna Park Cafe, built near and named after an amusement park that hasn't existed for more than 100 years but containing the remaining decorations and fantastic diner food including lots of vegan options. Now we're back at Daniel's apartment watching Detective Pikachu, which he has not seen, and I am trying to recover from how much I've eaten in the past day! A few photos: 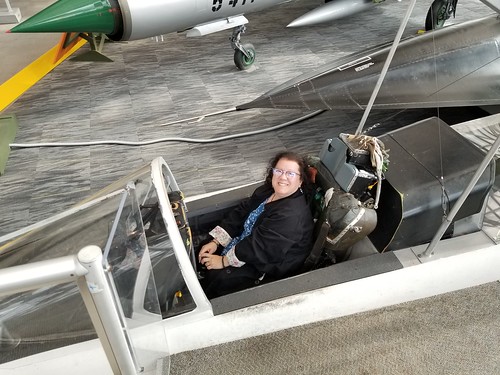