We are back after a very nice weekend in and around New Jersey, to which we returned today after breakfast in our hotel with Tracey and Ceanna who needed to get back to Long Island before it got too late. So Paul and I said goodbye to them and went to the Adventure Aquarium in Camden, which we last visited a few years ago with Adam and Maddy while she was living on this coast. It's not as big as the National Aquarium in Baltimore but it has several things they don't, including two species of penguin, a shark tunnel, and hippos! We had lunch in their cafeteria (which has Beyond Burgers) overlooking the Delaware River with Philadelphia and got home for a late dinner with our cats, who were happy to sit with us while the Nationals played a great game against the Cardinals. More pics when I am less sleepy! 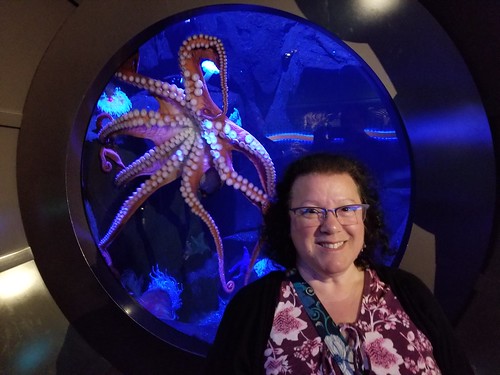