I don't even know where Wednesday went. As one of my mom's friends said, between staying up too late celebrating the Nationals' victory and the rain that lasted nearly till dusk, making it a very dark day, it was hard to get moving. I still don't even have my trip laundry folded! I had planned to stop by my parents' to pick up my Loki dress but the straps aren't finished yet, so I didn't even leave the house till late afternoon when the rain stopped, and the sidewalks were so slippery that I decided to skip walking in the park.

I did a couple of raids during the Wednesday raid hour, both from the car at gyms accessible from a parking lot. We watched this week's The Masked Singer, which had an unmasking I loved, then caught up on On Becoming a God in Central Florida, which was a little too absurd and less sharp than other episodes, and this week's Stumptown, which needs to let Smulders use her comedic chops. The Philadelphia Museum of Art has several rooms of architectural and decorative items moved in their entirety that I love: 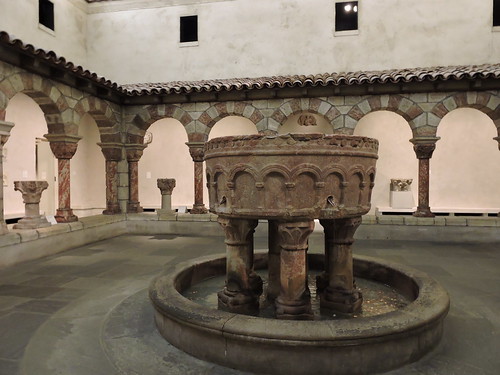