Shutterfly sent me a coupon this morning for a free calendar and a free photo book, so there went my entire day -- now all the family calendars for 2020 have been ordered, since the rest were 50% off with free shipping, so that's one big holiday task out of the way before November. But I didn't get a lot else done! Pokemon Go's Halloween event started at 4 p.m., so I caught a few Pikachu in costume, a couple of Yamasks, and one Darkrai at a raid in the park, but that was the only time I got out all day.

It was an insane news day, between Brexit, Turkey, high crimes and misdemeanors in the White House, post-debate shenanigans, and the local death of Elijah Cummings, so I tried to catch up on that before dinner. We watched the last two episodes of Succession for this season, in which Shiv discovers that she has a heart, Roman discovers that he has courage, and Kendall discovers that he has a brain...does that make Logan the wizard? Here are Paul and myself being adults at Adventure Aquarium: 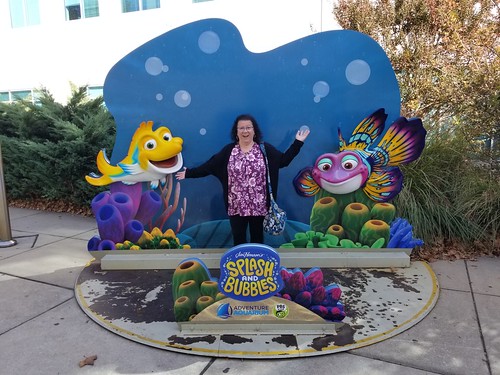