Tuesday started overcast and quickly turned into another day of chilly rain. I never feel like I get anything done on days like this, even if I get a bunch of work and chores done before I go out just to breathe different air (in this case mostly in the car, since I had to pick something up). So I don't have a lot to report!

Apart from the new The Rise of Skywalker trailer, the only thing I've watched has been the first game of the Nationals-Astros World Series, a nail-biter which ended well! I somehow didn't realize that Soto isn't even old enough to drink. From the Adventure Aquarium in Camden, in honor of the Nats' Gerardo Parra, (baby) sharks! 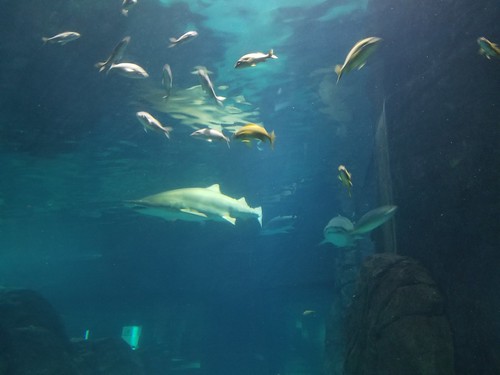