We got up early to get an estimate on getting the deck refinished, then had a long lovely day in the Brandywine Valley. We went first to Winterthur, which was hosting a holiday boutique in the visitor center and Costuming 'The Crown' in the museum. Plus we went on the Fashionable Furnishings tour with one other couple, which included many things on the sixth floor no longer on the introductory house tour, including the du Pont bedrooms, an insanely large billiards room, and some magnificent furniture. We had a picnic in the woods beforehand.

Then we drove to Longwood Gardens, which was thankfully less crowded that predicted because it was drizzling, though it never turned into serious rain. We walked out to see the autumn meadow (and I did a Darkrai raid there with locals), then we visited the holiday train display on the way to pumpkin soup in the cafeteria. By then it was dark, so we went to the carnation display in the conservatory, followed by the final evening fountain display of the summer season. It is just as well we didn't watch more than the very end of the Nationals game! 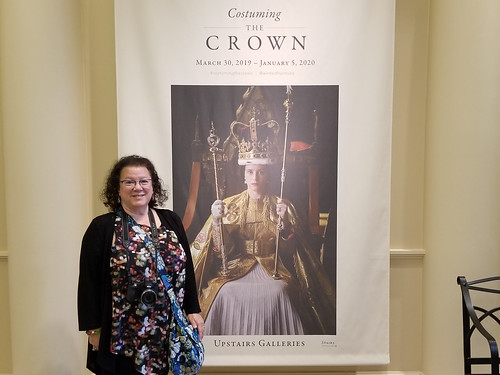