Quickie after the misery that was the World Series game tonight, which my father was at (I'm blaming the more infamous spectator at the game for how the Nationals played). It was otherwise a very nice day -- oh, it rained all morning and we did chores, but then the sun came out, the temperature went above 70 degrees even though it's October, I went to do an EX raid in Potomac Village, then we went to the C&O Canal to take a walk and see the ducks, frogs, and turtles who looked just as surprised about the warm weather!

We stopped at the Bethesda Co-op, at Giant, and at the local fruit stand to get a pumpkin for Halloween, ate chana masala and tikka masala for dinner, and put on the game, which was so depressing that we turned off the end to watch Madam Secretary (which started late because of football, though neither of the local teams played -- the Ravens because they had the week off, DC because they played Thursday, and Seattle won so older son was pleased). Here are a few photos of our unexpected summer afternoon in fall: 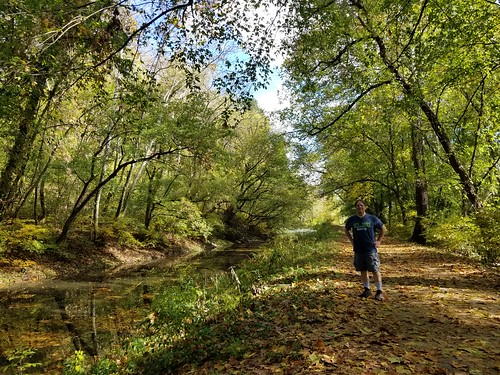