I had an early doctor appointment on Monday, at which my CBC numbers were good but I got a flu shot so I have been warned I may not feel nearly so good the rest of the week. So I took it kind of easy the rest of the day, though it was so nice out that I did go for a walk at the Bolger Center before a Darkrai raid. I also got a big mirror for younger son's room via Freecycle and rearranged some photos there.

With no baseball on, we caught up on Supergirl, which needs to stop dragging out the storyline with J'onn's brother, then Black Lightning, which is all big epic violence and fragmenting central family so not holding my interest much this season, and Batwoman, which I am enjoying pretty thoroughly. From Winterthur's Costuming the Crown, items related to my favorite royal (no surprise here), George VI: 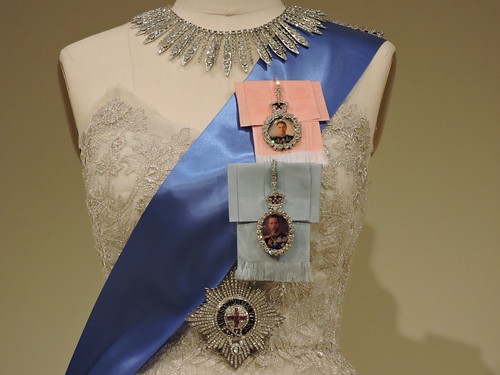