My morning and a big chunk of my afternoon were taken up by an unexpected writing project. By the time I got out of the house, there were flurries in the air, so I only took a short walk in the park, then came home where it was warm and worked on a different project, this one involving kitchen cabinets. By then Disney+ had recovered from its early glitching!

After dinner we watched the first episode of The Mandalorian, which was a little too space-western for me until the end and then I loved it. Afterward we watched the sneaker study of The World According to Jeff Goldblum, which was hilarious, followed by another violent episode of Jack Ryan. Some more photos from Longwood Gardens' Blooms & Bamboo exhibit: 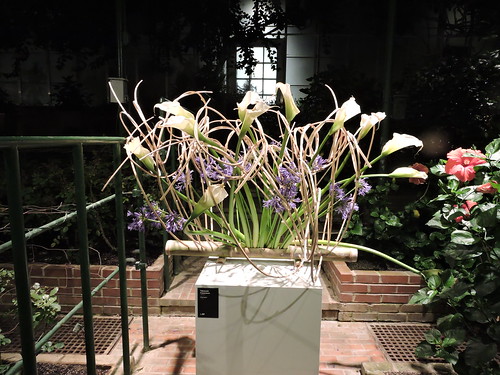