I had a busy morning! First I went for my regular mammogram at a different place than I've gone the past several years, though it was actually the first practice where I ever had one (they've moved to a different building, which is easier to get to and has free parking). Then I stopped at Home Depot for screws for cabinet door pulls, and while the screws were a bit complicated -- apparently the right width screws with wide heads come standard in 1 1/4" rather than 1" length -- I discovered that I could buy drill bits that fit our electric screwdriver, and since I had a $5 gift card from Verizon Up, they ended up costing almost nothing. After that, I stopped to get bagels and was going to eat one for lunch, but while walking out I realized I was next door to Dunkin' and had not yet tried their Beyond Sausage croissant sandwiches, which has now been remedied (they're quite good and my cats were quite eager to take mine from me).

My afternoon was not as exciting: getting gas on the way home, folding laundry, installing aforementioned cabinet door pulls until the electric screwdriver stopped working because I forgot to charge it, trying to steal my napkins back from Effie, doing a quick raid at the Bolger Center, organizing some photos, and even doing a little computer work. Eventually we had leftover Chinese food from Sunday for dinner, then we watched the rest of this season's Jack Ryan -- which is well-acted and interesting but also a fictionalized case study in why so many people in Latin America distrust the U.S. government no matter how much it proclaims it's just there to protect their democracy, and I mean the purported good guys on the show -- around The Masked Singer, still my favorite hour of total ridiculousness each week. I was in the mood for photos from the Museum of Flight in Seattle from earlier in the fall: 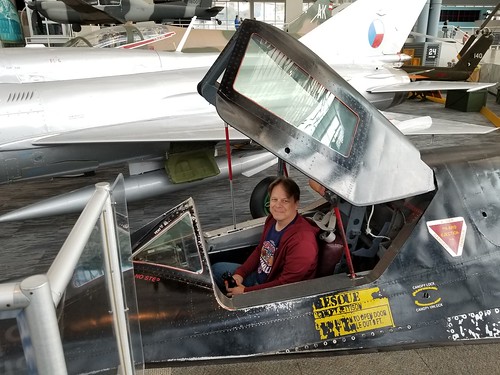