I had a very nice Wednesday, mostly in Gaithersburg, where I went to meet longtime friends for lunch and did a bit of shopping before and after. My only successful purchase was tube socks for

apaulled at Target, but I had a delightful three-hour meal with the moms from my former baby group (they knew each other from prenatal classes, yet invited me and older son to join them and their our older sons, one of whom is finishing law school and one of whom is a tech consultant. We went to Copper Canyon Grill and it was so much fun to catch up with them.

apaulled and I had to drop off the car at the dealership for an airbag recall, after which he went to Giant while I met up with a few people for a couple of Pokemon raids in the same shopping center. Then we watched The Masked Singer, which needs fewer stupid white people as judges considering who they sent home tonight and before the end of last season, followed by the funny, over-the-top, well-acted Princess Margaret episode of The Crown and the disturbing opposition research episode of Stumptown. From the National Zoo reptile house: 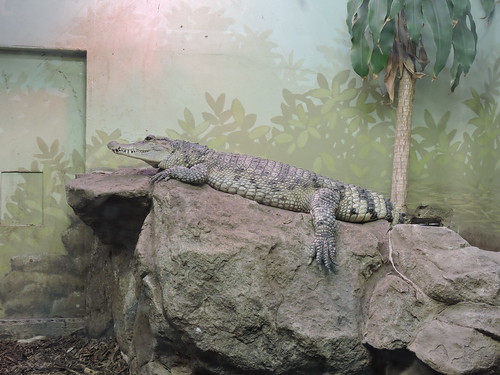