Daniel is here for the week so I may be brief and there may not be poems! He landed at BWI in the evening, so first we went to South Mountain, where we hiked up to the monument in Washington Monument State Park. Frederick County's Valley Craft Network is having its studio tour this weekend, so we also went to Caprikorn Farms -- which sells goat cheese, chocolate, and soaps, and let us feed the young goats and see the moms being milked -- and South Mountain Creamery -- which makes the best local ice cream and was bottle-feeding the calves when we arrived. Then we drove through miserable traffic to the airport, picked up Daniel, and drove back in the rain to get dinner (he and Paul at CalTort, me at Cava) before we came home to watch The Mandalorian and The World According to Jeff Goldblum since Daniel doesn't get Disney+. A few photos from South Mountain: 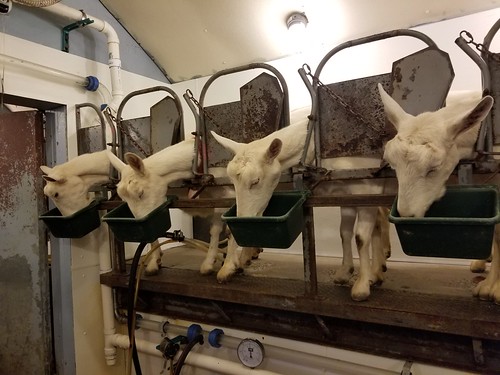