It was nicer out on Sunday than it had been on Saturday, so after a fairly quiet morning during which Daniel got adjusted to east coast time, we went to Great Falls. There was a lot of construction and repair work going on in and out of the canal and on the towpath, but they had a new path to allow access to the river, so we got to see kayakers in the falls and ducks in the canal.

We had dinner and watched the New England-Dallas game with my parents (I think everyone was rooting for the Patriots but me, for although I would prefer someone else to win the NFC East, I choose what's good for the Ravens over what's bad for the Cowboys). Then we came home for Madam Secretary, on which I love Elizabeth but it's too much impeachment-is-always-political-B.S. 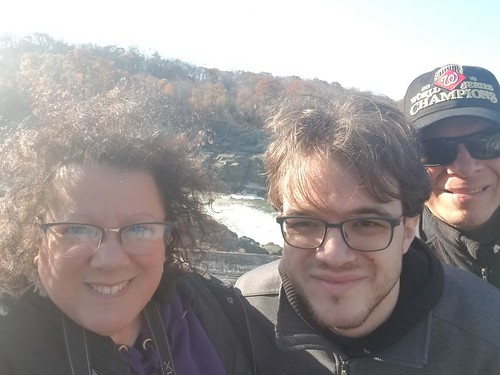