Paul worked from home so he could hang out with Daniel, and while he slept in, I went out for breakfast at Goldberg's with my friend Noelle from elementary school, which is now our Thanksgiving week tradition and completely delightful. Then Daniel and I binged Good Omens, which obviously he needed to see, and I did a couple of Terrakion raids with my Pokemon Go locals before dinner -- stuffed crust pizza.

Daniel hadn't seen Spider-Man: Into The Spider-Verse either, so we watched that after dinner, followed by Deadpool 2, which I've been in the mood for since Ryan Reynolds popped up on SNL; they played the same version of "Tomorrow" from the film in something we saw recently too, though now we can't remember what. Here are just a couple of local shopping center pics. Hope everyone has a happy Thanksgiving! 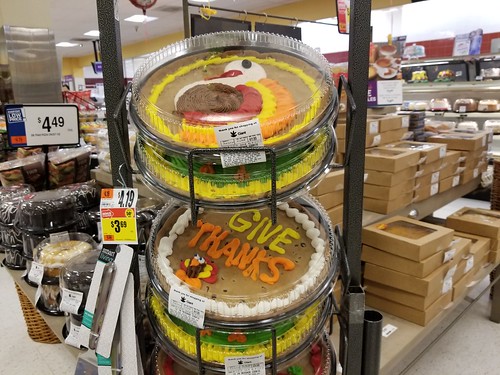