December is a stupid month to have a birthday because you have to do all your shopping for the year at once -- most people get holiday coupons in December and birthday coupons some other time, but I get everything in a two-week period between Thanksgiving and my birthday and then I have to wait a year if I want any other big items. Plus there are all these people giving guilt about shopping on Black Friday, Cyber Monday, etc. because Think Of The Workers, so then I feel badly about ordering a camera for which I have been saving for over two years.

And the weather sucked all day on Monday, though we never got the predicted snow, but I'd already planned to stay in and do piles of laundry and vacuum and work on holiday cards, so it was a gloomy sort of a day. I made it almost till midnight without buying anything (I'm still trying to figure out whether to get the camera from one of the New York places or from Amazon which does not screw around nearly as much with the extended warranty), but then Bed, Bath & Beyond sent another coupon while the free shipping was still in effect and I do need a backup comforter.

We caught up on two episodes of Watchmen around the new episode of His Dark Materials, which we probably should not do because the latter is just not engaging me; I never read the books and scarcely paid attention to the movie, but I feel like the TV show is both pretentious and predictable, particularly the dialogue, while Watchmen, though dark and violent, is doing a much better job of using its genre and source material to address scary contemporary issues and create multifaceted characters, women in particular. Pics from Catoctin last weekend: 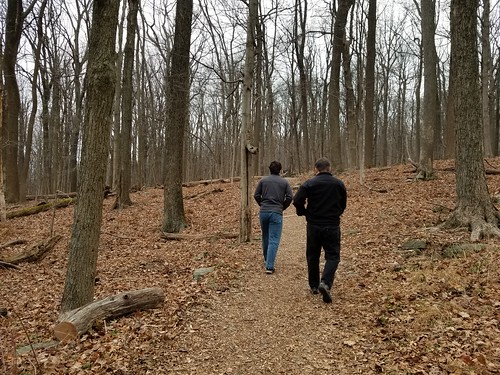