Tuesday was nearly as rainy as Monday, with the threat of snow overnight, so I had another mostly-indoor day, though I did go to the park for one Terrakion raid (he is my least favorite Pokemon ever, he has run away on me so many times and today was no exception). Then I went to get my hair highlighted, which I thought was going to take maybe an hour and a half, but apparently I have even more stubborn Stubborn Grays than most people and crappy hair in general and after standard highlights, some contrast dye on the roots, then a bit of bleach because you couldn't see the highlights at all and the stylists swore it would not turn my hair red, guess who has reddish garish highlights and was quite a bit poorer nearly three hours later? I'm sticking to $8 tinted Batiste from now on!

We watched the final December night of the Crisis on Infinite Earths crossover, which I did not enjoy as much as the previous night's because nothing was going to beat the five minutes of Smallville sequel for me, but there were more awesome cameos, a fairly touching way of not killing off Barry which we all knew they weren't going to do no matter what the prophecy said, and a fun twist ending. After the Kevin Smith post-episode chat show which was almost as much fun as the episode itself, we watched the winter finale of Emergence, and I'm hoping they announce the show's cancellation after this season because as much as I like the cast, that's how much I dislike the writing. Longwood Gardens turned the conservatory music room into a candy store based on America's oldest, Philadelphia's Shane Confectionery: 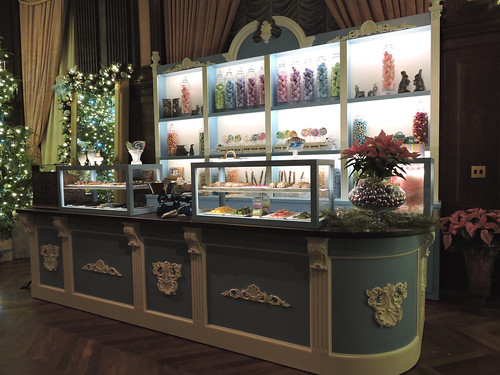