Happy Impeachment Eve! Of which I watched very little because by 11 a.m. I had a migraine, which has pretty much not happened to me since I've been on medicine to keep my blood pressure normal, so I concluded that the Republican fuckwittery was driving it up past tolerable levels and went to the park for a walk instead. It was cold but nice out and I now have a brand-new Pokemon, Virizion, who only just arrived in raids. When Paul got home, we went to Toyota to drop off the minivan, which has decided to start making creaking noises when the steering wheel is turned to the right -- not a great week when we will have other people here needing vehicles in a few days.

We tried to watch the actual impeachment but I still had a lingering headache, so instead we watched the season finale of The Masked Singer, which was a bit silly since Patti LaBelle had been eliminated several weeks ago and obviously she should have won, but I liked all three of the finalists and was fine with the top winner though I thought two and three should have been reversed. By then the impeachment vote was complete, so we figured we'd catch up during the news at 11 and watched The Mandalorian, which did not do two twists I expected and did do one I did not and BABY YODA HAD BETTER BE SAFE, JON FAVREAU. Lewis Ginter Botanical Garden's holiday theme this year is flight: 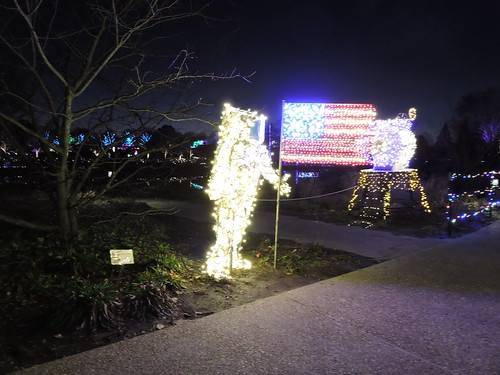