It was a rainy morning again. Adam had lunch plans downtown with a friend from college, so he took the Metro to meet him. Daniel did laundry and worked on his costume for MagFest. We had thought we might go to the National Cryptologic Museum in Fort Meade in the afternoon, but it closed at 4 p.m. and there was an accident making the Beltway very slow by the time we retrieved Adam. So instead we went to Lake Needwood, which has paved paths through the woods (and although it had finally stopped raining, it was still pretty muddy in Rock Creek Park).

We made a stop at Kohl's so I could pick something up bought online in the big December sale and got to see a gorgeous sunset in Gaithersburg. Then we headed to the Mormon Temple in Kensington, which has a festival of lights outdoors and creches from around the world inside the visitor center (the actual temple is under renovation and non-LDS aren't allowed inside). We missed the Gay Men's Chorus of DC in the indoor theater, but we got to see the life-size nativity recreation. Then we came home for a late dinner and watched Men in Black: International, which our kids had not seen. 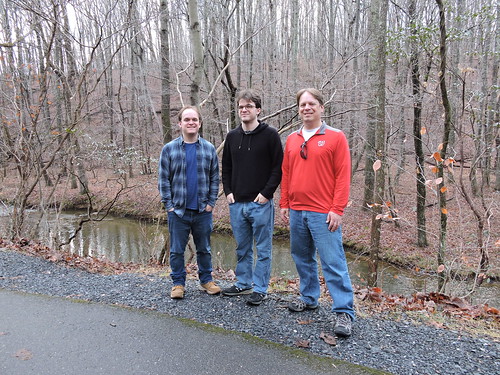