We had a relatively calm New Year's Day, which was cooler than the past few days but sunny. My parents took us out for lunch at Trapezaria, which has a huge buffet and was delicious. We stopped at Party City to look for things Daniel needed for MAGFest, then we went to Greenbelt Park and walked in the woods for a while. Since we were already nearby, we stopped at The Crystal Fox with several holiday coupons so Daniel could look at the D&D books and I could look at the jewelry.

Afterward, we came home, dropped off the car for scheduled maintenance, took Daniel to a Regigigas EX raid and a Virizion raid at the start of Wednesday raid hour, watched most of the Rose Bowl, had eggnog waffles and veggie sausage for dinner, did some emergency needlework on the cosplay pieces, and played more The Castles of Mad King Ludwig, which I lost again though I had a music room, a nap room, and a sauna so who needs a dungeon! Now we're watching some Clone Wars! 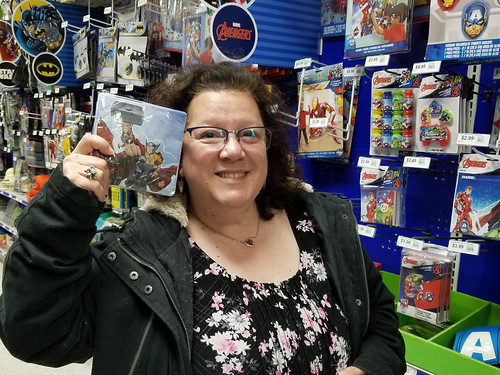