Daniel is still gaming at MAGFest, so Paul, Cheryl, and I decided to go to Hillwood while the holiday decorations are still up. There was a surprisingly big tour group in the house and the Adirondack Building's photography exhibit, but since it was drizzling, the gardens were almost completely empty. Then we went to see Cats, which we had been conspiring to see together. I loved pretty much everything about it.

Some backstory: my parents saw Cats onstage in London when only musical nerds in the U.S. had heard of it. I heard Streisand's version of "Memory" before I heard Elaine Paige's, and I saw the show on Broadway in previews with my high school best friend (and again in Philadelphia, and then again in New York). So I have been waiting for a movie since Spielberg first suggested making an animated version.

I feel like the studio had no idea who the audience for this film was since all the people who saw the musical all those years ago are my age or older, and did a crappy job marketing it (and apparently should have postponed the release date to give Hooper time to finish the special effects so they'd be a tad more consistent). To be fair, I'm not sure it's possible to have made a successful film version in 2019.

But I also think the important singers, Hudson in particular, were excellent, the dancing was great, the sets were an improvement on the stage, the costumes were always a disaster so the CGI didn't bother me, and the two most famous actors (Dench and McKellen), while among the weaker singers, were a lot of fun. Sure, Grizabella's snotty nose was a weird choice, and the plot with Victoria was very thin, but it worked for me anyway.

After the movie, we went to Attman's Deli for dinner, then Cheryl headed home and Paul and I watched the New England-Tennessee game. We'd already seen the Bills lose in overtime while we were at the restaurant. I was kind of rooting for Brady to pull off the unexpected, in part because I think the Ravens can beat New England easily right now and the Titans are playing well, but it will be fun if we can beat them! 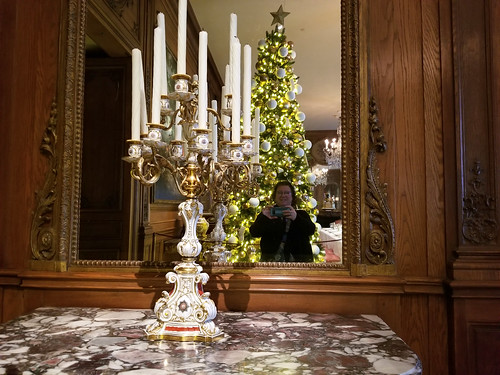