I woke up from a horrible nightmare involving my kids, then realized later that it was the birthday of Adam's good friend Robert who died two years ago just days after the day. So I was kind of off-center all day and did not get a lot done, apart from a walk in the park to catch the new Pokemon released this afternoon after a Heatran raid.

We had dinner with my parents, who now have Disney+ so we can discuss Baby Yoda in their presence, then we came home and (speaking of Disney+) finished the first season of Marvel's Runaways, which I'm still enjoying a lot. Here are some of the US Botanical Garden's plant-based miniatures of buildings on the National Mall: 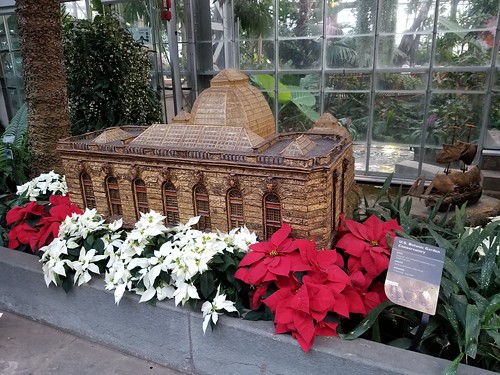