So it turns out that the only thing wrong with the minivan was that they failed to tighten a bolt on the engine frame properly when it was last in for servicing! Which is not good, exactly, but it is a lot better than finding out the struts need to be replaced, and instead of having to pay money we got a $50 credit for our trouble. So Paul worked from home and we watched some Runaways after lunch together while we were on our computers. I had bought myself an inexpensive fast-feeding photo scanner, but after a couple of hours of tests, its scans weren't much better than I can get taking photos of the photos with my phone, and since I have an excellent flatbed whose only drawback is the slowness of the process, I decided to send it back. (The Epson FastFoto, which everyone says is the best for hundreds of 4x6 photos, is several hundred dollars, so not an option.)

And I decided when I was going to the UPS Store to send back the scanner that I should also send back the camera I saved all my birthday/holiday money for two years to buy, too. It's a great super-zoom, but it weighs as much as my DSLR, so I need a tripod to take really good distance photos, and it probably makes more sense for me just to get a $13 Android SD card reader instead of a new camera with wifi to upload photos quickly. So that's a lot of money I've saved, and now I can spend it on travel or something. We opted not to watch the debate, since the Crisis on Infinite Earths was on and also because we really don't need to see all-white candidates tell white voters why they should vote for them; I know their positions on everything important to me already. And Legends of Tomorrow can laugh at itself, and has better cameos! From a couple of weeks back at Lake Needwood: 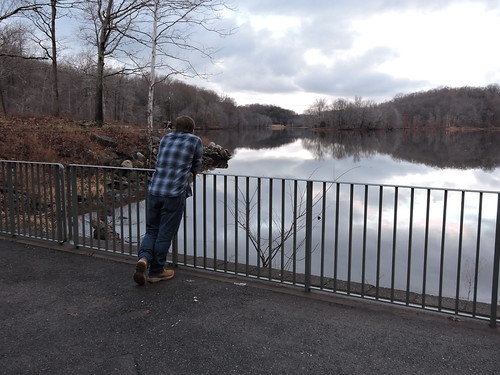