We went downtown Sunday morning so we could be there when Pokemon Community Day started, because Piplup was the chosen Pokemon this month and Piplup is a penguin and therefore one of the ones I remember younger son talking about from long before I cared about Pokemon at all. We parked near the Botanical Garden and walked around the National Mall in a big loop before going to the National Gallery of Art, where we ate lunch before the Community Day event ended. Then we went to the exhibits on pastels and on Alonso Berruguete's sculpture. 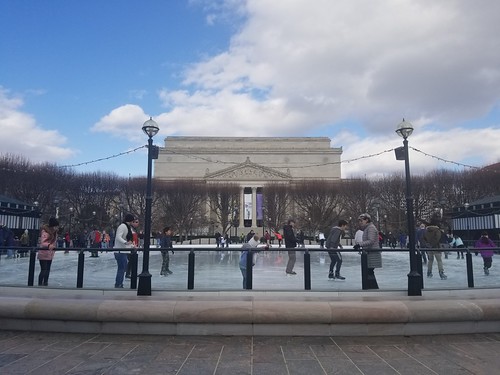 We came home while it still looked like the Titans could beat the Chiefs, before the Chiefs started blowing them out and made it clear they deserved to be in the Super Bowl. Then we watched the start of the Packers-49ers game, but it was obvious by the start of Supergirl that San Francisco would be joining Kansas City, so we switched to superheroes while we had dessert, following it up with Marvel's Runaways (which is finally treating Leslie as a fellow victim who was groomed by a child abuser, not a schemer with PRIDE).
Collapse