I'm running late on everything tonight though it was a good day! I had a lovely long lunch with two friends at the cafe in Nordstrom, where we caught up on politics, musicals, family stuff, and various forms of fun, then I had to do a couple of chores in the mall and I stopped to do a Heatran raid so I didn't get home till after 5, right when Paul arrived, to feed our starving cats.

And then we decided to see 1917. I thought I was going to think that, after Dunkirk and Hacksaw Ridge, that it was another meaningful but violent war movie with actors I like. I had avoided reviews, so I didn't realize that it was filmed in long takes, which is so effective for propelling these events. Of the choices, Mendes better win best director or I'm going to be really annoyed.

On the way in, we ran into a neighbor who gets CBS All Access who knows we're Trekkies, so we watched the first episode of Picard. It's neither as bad as the haters claim nor as good as the believers preach; it feels more like watching Xavier than Picard, but it's not boring. I could watch next week or not and be fine either way. Some winter flowers and outdoor color from Brookside Gardens: 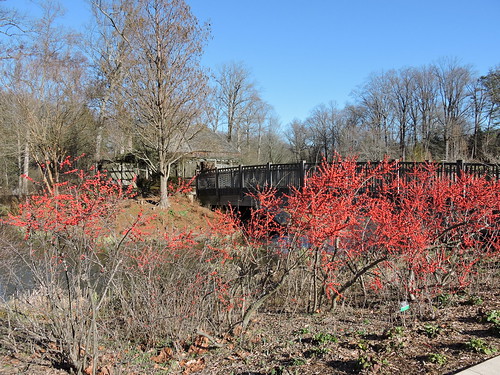