Post-Grammy Awards quickie after a lovely day in Howard County, where Paul and I went to see Jill's new house with Cheryl and some other friends, went to brunch at Leelynn's, and drove into Ellicott City, where we inspected the status of the flood damage repairs, visited the Forget-Me-Not Factory, Gamers Corps, a couple of art galleries, and Sweet Cascades, where we got lots of chocolate-covered things! We got home in time for the Grammy Awards, though we missed a chunk while Skyping with Adam.

I'm annoyed that Lizzo did not beat Billie Eilish in several categories, but in general I was pretty out of it with music this year and I didn't even keep up with whatever went on with Dugan and the Recording Academy. My feed is a mix of people deeply mourning Kobe Bryant and people trying to remind others that he might have been a rapist -- I don't even remember what happened, given the number of prominent athletes who are or have been accused of being rapists -- so I will just say that I feel wholeheartedly terrible about his daughter and for his wife. 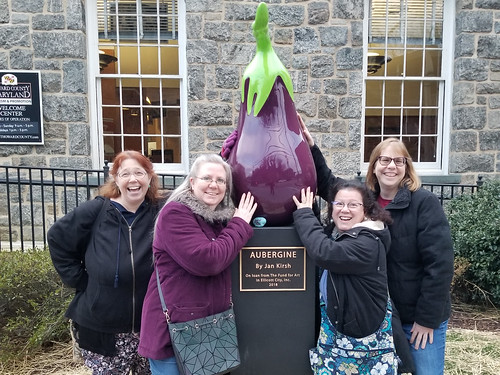