Tuesday was not more exciting than Monday around here. I did some work in the morning, then I went to CVS at lunchtime to grab a couple of things and met a friend from Pokemon Go to do a lucky trade (I got a 98% Pachirisu!) and a couple of Dwebble raids in the park. It was nice out, not too cold, and we had lots of doves visiting. I watched more Crazy Ex-Girlfriend while folding laundry; at the end of the first season, I still love the musical numbers but dislike several major characters and a lot of the writing.

We watched the Arrow finale, which was somewhat hard for me to follow since we've missed the past several seasons of the show, then we watched what's either the season or series finale of Emergence, which is okay with me either way; I love the main character but there's been some terrible characterization of other female characters like the writers think it's necessary to make her look better. I took photos at the gaming store in Ellicott City for Daniel, so here are some, plus one from the antique store next door: 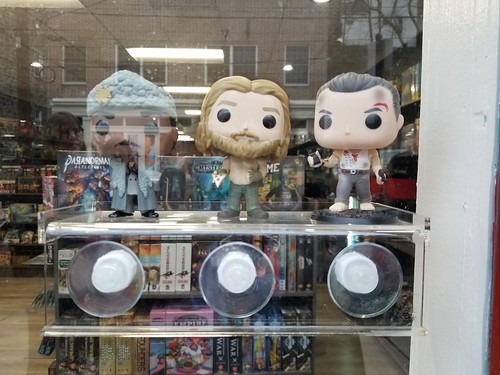