I'm just going to keep things short this week because I am very boring. I talked to Daniel twice about things I can't talk about in public (good things, just complicating his life), I did a bunch of computer work while watching squirrels fight over birdseed on the deck, I went to the park because it was nice out.

We finally saw this week's Doctor Who, which delighted me (I know there has been screaming about whether it violates canon but I didn't know why and frankly I don't care)! And we saw The New Pope, which is, well, completely insane. From the National Gallery's Alonso Berruguete: First Sculptor of Renaissance Spain: 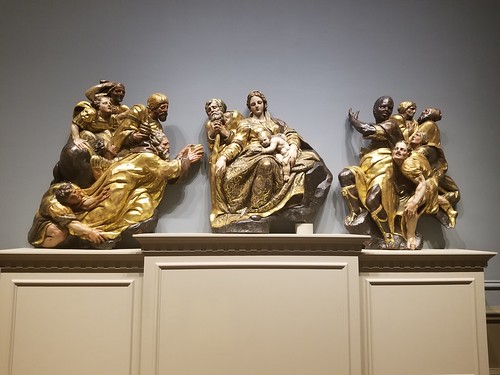