I stayed up too late again yelling at the internet, so I slept late on Thursday, thinking I was having lunch with Alice because she had an appointment up this way. As it turned out, her appointment was postponed, and Paul messaged me to tell me we had to re-sign a form at the bank, so he came home after lunch and finished working from home after the bank while we watched some Runaways.

It rained the entire day, so we had squirrels and birds hiding under the deck overhang and the cats were more awake than I was. We spent the evening watching Inspector Morse, which PBS preempted the past few weeks for political news coverage, so at least they didn't do that again! In the spirit of serenity, here are some more of the swans at Elizabeth Hartwell National Wildlife Refuge in Mason Neck: 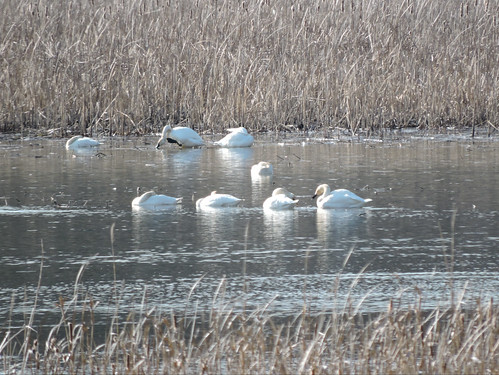