On Tuesday I started doing a little project to rearrange things near my desk, so I can reach my flatbed scanner more easily for another project involving scanning photos, and it turned into a half-day thing that required moving stuff down to the basement and shuffling books. It rained most of the day again, and very little else got accomplished, though I did take a walk when it was only a bit drizzly and though it's not even mid-February, the warm wet weather meant lots of early flowers! 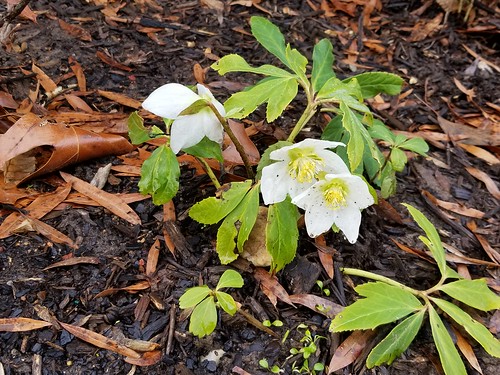 We watched The Flash, in which I was so excited that Iris was finally getting a life not totally focused on Barry until they reminded us it was Mirror!Iris so arrrgh despite great hilarious musical cues, then Legends of Tomorrow, a little too horror-movie storywise for me but I always appreciate the characters. We watched the first episode of For Life, which was somewhat better acted than scripted but still well worth watching. And we Skyped Daniel in Seattle about his new work team!
Collapse