Friday was one of those days where everything took three times as long as I thought it was going to, so I didn't get in a couple of shopping stops I needed to make and I am way behind on correspondence and social media. I did get most of my chores done at home and had dinner with my parents, who gave me Valentine candy!

Paul also gave me Valentine candy and the card below (I gave him candy and ebooks, and sent my kids candy). We watched the final two episodes of Runaways, which were reasonably satisfying though I didn't like the last season nearly as much as the first two -- the parents don't get off the hook because there's a witch in town! 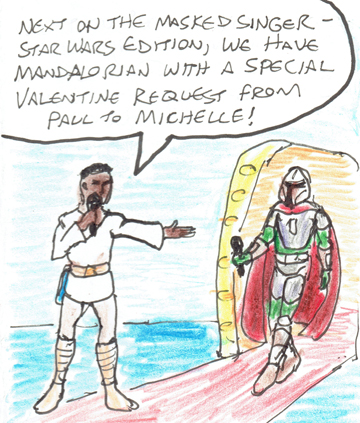