We spent Saturday in Hanover with Paul's parents, taking them out to lunch to celebrate his father's 80th birthday which is in two days. We went to the Hibachi Buffet, where we often eat with them, and the waitresses brought Clair a "cake" with a candle made mostly of non-dairy whipped cream so he wouldn't have to worry about lactose. Then we went to Hanover Shoe Farms to see the foals (and the black cat who always greets us when we arrive). Most of the mares are still pregnant and were out in the fields frolicking, though it was pretty chilly!

We skyped our kids and our niece Noelle, who just had a baby, so we got to see the little one (who slept like an angel for the whole call, though apparently as a preemie she has digestive issues and can really scream). Then we drove home under a pretty sunset past fields of horses and cows. We watched Eva Doesn't Sleep, a movie about Eva Peron's corpse, which was excellent, creepy, and more political than I was expecting. Then we watched Evita because I was in the mood (really I was since seeing Jonathan Pryce at the Oscars) and of course it was awesome! 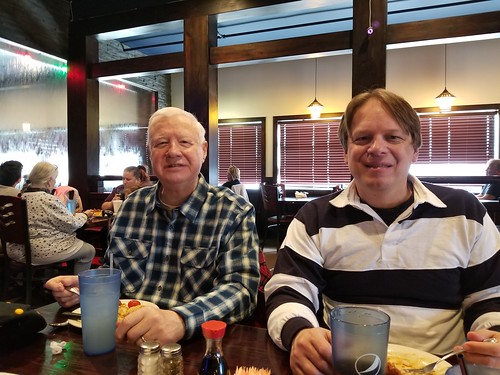