I had an awesome Sunday with Paul and Cheryl, with whom I went downtown to see The King's Speech on stage at the National Theatre! This is the play David Seidler started writing before shifting his attention to the screenplay of the movie, though parts of it have been reworked since it opened in England after the film's run. I deliberately have not watched the movie recently so I wouldn't draw too many direct comparisons, though I can pretty much recite the film so I could tell you every line that was or was not kept in the play. (Yes, the shouting-swear-words scene with all the F bombs stays!) ( Collapse )

After the play we stopped in a souvenir shop around the corner, then headed back to Maryland and had Ethiopian food at Sheba, where we all shared an enormous vegetarian platter with extra shiro wat and three side dishes of injera. I didn't think there was any way we'd finish it but we ate the whole thing. After Cheryl went home, we watched Batwoman and Supergirl (the former, with Kate having to choose between Beth and Alice, much more powerful than the latter, with ugh why are Winn and his man-pain back). Then CNN had the first episode in a series on the Windsors on, so that was an appropriate end for the day! 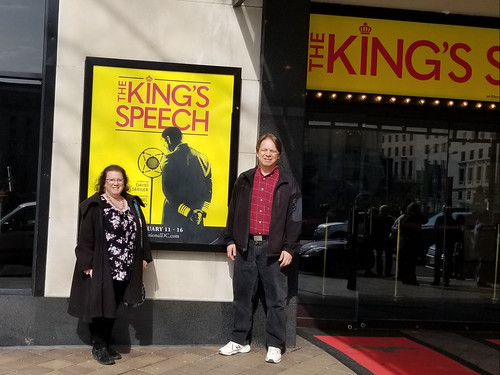