My sister and her husband were in town to see my parents on Saturday evening, so on Sunday morning we went to my parents' house for brunch and hung out over bagels for a while. Then Paul and I went to Brookside Gardens, which already has some daffodils plus many snowdrops, crocuses, and other flowers that aren't usually so abundant at this point in February, though since it was nearly 60 degrees, it didn't seem all that odd despite the absence of turtles in the ponds with geese and herons. There are also lots of orchids and snapdragons in the conservatory. 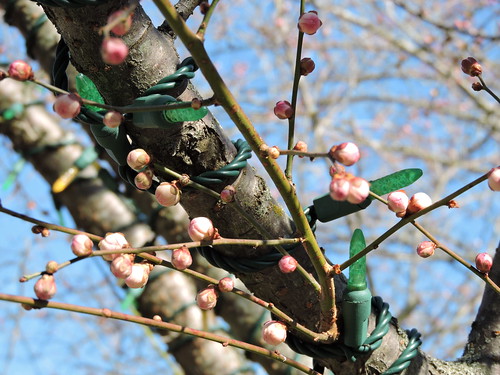 We stopped at Mom's Organic Market on the way home, where we got Beyond Burgers that we had for dinner. Then we watched Batwoman and Supergirl, the latter's 100th episode, whose ending I did not love even if Kara probably needed it, but I appreciate that the writers devoted the show's much-hyped anniversary to Supercorp, its great central love story -- no amount of tossing Mon-El or Winn at Kara could diminish her obsession with Lena. Afterward we watched the King's Speech episode of The Windsors, which of course I thought was awesome!
Collapse