We had VVA coming to pick up donations on Tuesday, so we did a bunch of basement cleanup and gave away most of the kitchen and bedroom stuff our kids brought home from their college apartments, though the basement is still cluttered with things we need to sort and get rid of (old computer parts, kids' room furniture). I stayed in during the morning waiting for the truck, since we had assorted crates and trash cans full of dishes and stuff, not to be confused with our actual trash and recycling bins. Then I went to a raid, took a walk though it was drizzly, and did a bunch of equally unexciting chores.

We watched The Flash which I swear they only wrote because someone came up with the title "Grodd Friended Me" (and couldn't make as good as that title but at least no long gorilla arc), then Legends of Tomorrow, which also could not sustain the level of fun with Genghis Khan that one shout of "KHAAAAAAAN!" could accomplish. We also watched For Life, which in some ways gets real about things but in other ways seems ridiculously scripted and sanitized. Since we had gloomy skies all day, here are some of the spring flowers and birds that were already brightening DC last weekend: 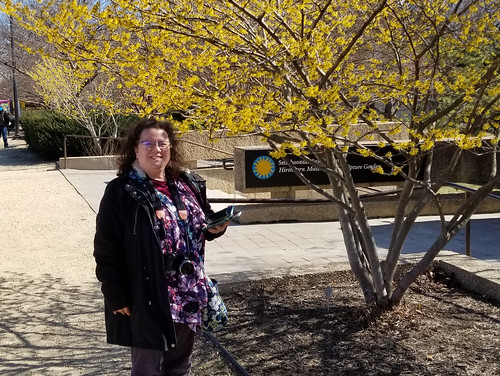