On Sunday we were supposed to go see a community theater production of Evita in Frederick, and before that, I was going to catch some Abras during Pokemon Community Day hours. Neither of those things happened, the latter because the event was canceled globally and the former because, although the show went on in the relatively small theater, we decided that we shouldn't go, even though it was my Valentine's Day present (don't worry, I have been promised to be taken to Hamilton at the Kennedy Center in a few months assuming that tour goes as scheduled).

It was chilly but beautiful out, so we decided after lunch to go take a walk along the C&O Canal. The turtles weren't out under the overcast sky except for one big snapper in the water, but to our surprise the bluebells were starting to bloom. We also saw lots of forsythia, various low-lying daisy-shaped flowers in white and purple, Canada geese, mallards, wood ducks, and lots of lovely scenery, but very few people, which was just how we wanted it. I also went to a Regigigas raid, with more people but we all stayed several feet apart, which makes Pokemon Go a great way to socialize. 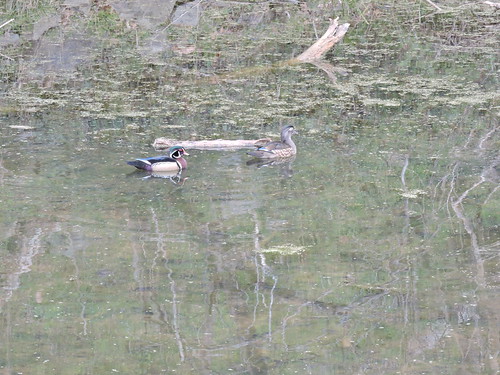 That last photo is of dinner, Chicken Caesar by Paul in honor of the date. We watched the new episode of Batwoman, which has great characters but was quite violent, then the Westworld season premiere, which was really violent but also fantastic (I'm so excited they're out of the park in real time). And then we watched John Oliver's one-man-and-a-camera Last Week Tonight, which was all about the coronavirus in every way and quite effective given that its claustrophobic end-times feeling reminded me of the sign-off in every global disaster story. At least both my kids are now working from home!
Collapse