We had gorgeous weather yet again on Tuesday. I walked around the neighborhood again and I walked in Cabin John Park again with Paul when he was done with work. In between, he decided we needed a proper Irish breakfast for St. Patrick's Day, so he made soda bread, eggs, veggie bacon and veggie sausage, and later he made corned tofu for dinner, which is somewhat harder and drier than corned beef but I wasn't much of a beef fan even when I ate meat. I spent most of the day scanning old photos; I'm mostly done with 1999 and partly done with 1998, though the photos are out of order so I may be missing some months. 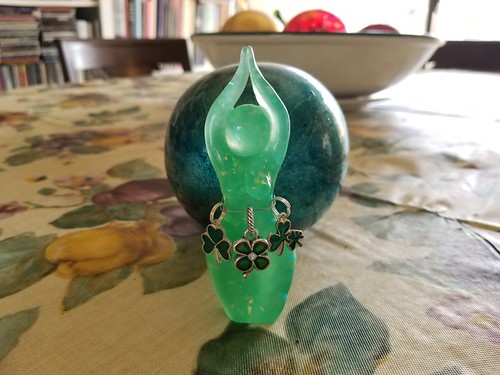 Evening entertainment was The Flash -- which should always feature as much Cisco, Caitlin, and Nash as possible and much less Barry and Iris -- though Nash and Maya really should have watched Indiana Jones movies at some point, followed by Legends of Tomorrow, which was sad and frustrating because I know the actors wanted to stick around but also had the magnificent Romeo and Juliet storyline with Shakespeare and I really thought they'd let the guys kiss goodbye. Miracle Workers is always hilarious crack, and Colbert did another awesome opening from his house, this time with Jon Batiste at home too.
Collapse