Running late, just Skyped our kids (first time we've successfully managed to get everyone on and talking at once, I think because it's so late on the east coast that the internet is less constipated). Had a reasonably nice day, met our new neighbors two doors down standing our my deck while they were on their deck and the neighbors in between were on their deck so all successfully socially distant, went for a walk in the park and heard many, many spring peepers but only saw one frog, pics soon, watched the Playbill Cinderella musical broadcast and then the first two episodes of Cambridge Spies. Kids are okay, making me nervous occasionally going outdoors but what can I do! Hope everyone is doing all right, more tomorrow! 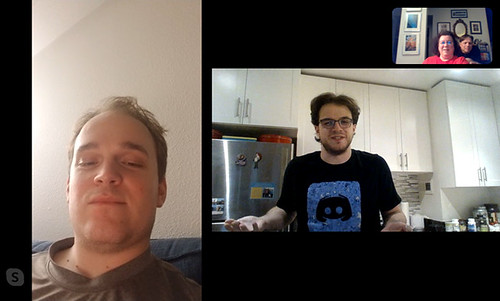