Friday was thankfully less exciting than Thursday, and also less costly. I did a lot of photo sorting and scanning, Paul had several phone conferences. In between, to my great pleasure, we had Bethesda Bagels -- not my favorite, but they deliver very inexpensively and unlike Goldberg's were not out of pumpernickel. In the late afternoon, we went down to the river, where the bluebells are now all over the banks, the ducks are pairing off, and the frogs and turtles are out! 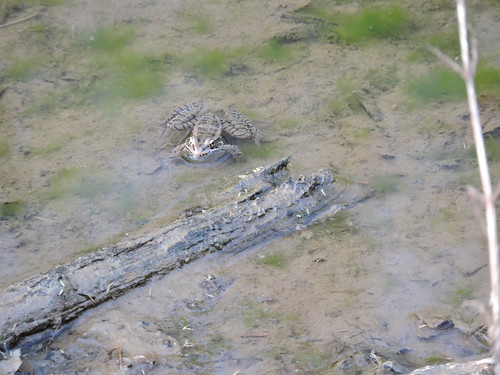 Since we had invaders in our house yesterday, we did not see my parents even from a distance; instead we had leftover pizza for dinner before catching up on Supergirl (I like Alex and Kelly but I prefer no damsel in distress storylines even when women do the rescuing) and Zoey's Extraordinary Playlist (ugggh make New Greg go away). Then we watched the stage musical of Newsies, which we'd not seen before, since it's on Disney+. I missed Christian Bale but I enjoyed it anyway.
Collapse