Friday wound up being warmer than forecast, though I wasn't outdoors much. I scanned a bunch of 2001 photos and posted the last of our 2005 England trip photos on the same dates to Facebook, plus I caught up on some correspondence. We took a walk in the afternoon after trying out the cloth masks a friend made for us; our neighborhood is starting to get tulips and there are lots of violets with a couple of bunnies munching on them. Then we had paprikash for dinner (with fake chicken of course).

Now that Andrew Lloyd Webber is putting his musicals on YouTube to stream, we watched Donnie Osmond in a quite fun and quite dated production of Joseph and the Amazing Technicolor Dreamcoat, and now we're watching Star Wars: The Rise of Skywalker, which either improves on subsequent viewing or just hits all the right fannish buttons for me at the moment -- I appreciate fan service right now and it's less absurd than Picard! Here are some frogs and turtles enjoying the C&O Canal a few days back: 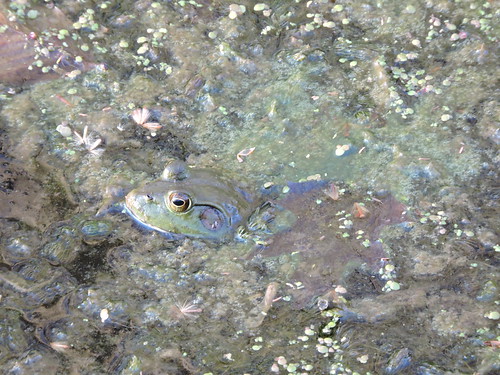