Saturday was a gorgeous day, so after some morning chores and sandwiches, we went to Pennyfield Lock to walk along the canal. There were very few people -- some runners, some bikers, a couple of other hikers, but since the towpath is wide there and there are short paths to the river, it was very easy to socially distance. We didn't see any frogs, but there were several turtles in the canal, cormorants and ducks in the river, and a big heron we saw catch a fish nearly half its own size, plus many flowers: 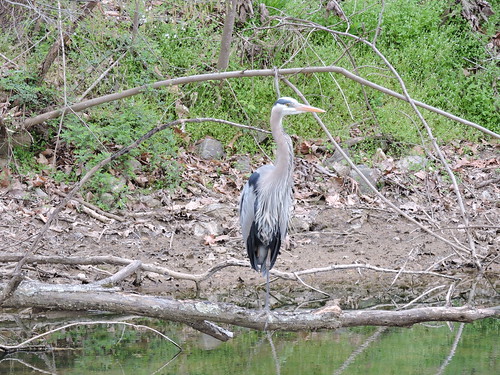 I did a bunch of photo scanning when we got home, Paul made a big lasagna for dinner so we could freeze and eat it several more days, and we watched Onward on Disney+, which is a bit blokey but well-paced and fun visually. Then we watched National Geographic's Amelia Earhart documentary (good on biography, mediocre on science) and now we're watching DisneyNature's Elephants, which does a huge amount of anthropomorphizing but I don't get why certain critics were griping at Meghan over that!
Collapse