Quickie -- we watched World On Fire (Sean Bean and Helen Hunt are great, script's a little all over the place) in the hour when we usually watch Westworld, so now we're watching Westworld very late (and I was sure about what was going on with Charlotte but I thought something else entirely was going on with Dolores herself and I'll always be Team Maeve but she needs to be doing it for herself, not because someone else threatened/pressured/bullied/warned her) and in between we watched the end of Garth and Trisha's concert from home before Last Week Tonight started with its terrifying expose on OAN.

Earlier we had eggs benedict and skyped our kids (who are fine though restless to walk outdoors more than they get to in locked-down Seattle and San Francisco) and I talked to my sister on the phone. Plus we went for a walk along the canal near Carderock -- our original plan was Swain's Lock, but we looked at the number of cars and concluded that was a bad idea -- where again social distancing should have been easy but so many people never learned/refuse to walk single file, but we headed into the woods when necessary and saw several frogs, a couple of turtles, and lots of flowers by the canal and river: 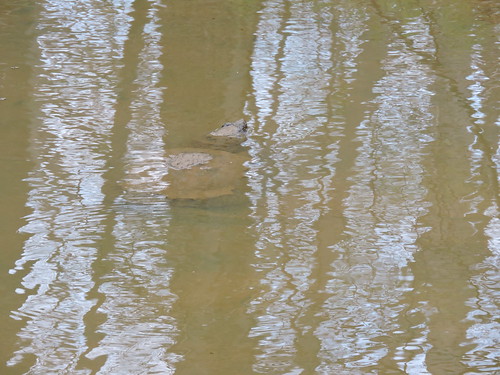