My laptop is behaving tonight, so hopefully whatever was up with it last night was a fluke. So it was a calmer day and I got a lot more done -- a bunch of writing/editing, a bunch of photos scanned, a couple of silly projects (one of which used nail polish for decoration, so the house still smells like I got a manicure, even though I haven't since 1995).

After a walk, we celebrated Taco Tuesday the traditional (homemade) way and watched the Plot Against America episode we missed Monday, then a couple of World According to Jeff Goldblum episodes we hadn't seen yet. Since I posted some photos from a long-ago birthday party of older son's, here are some from one of younger son's at Chuck E. Cheese: 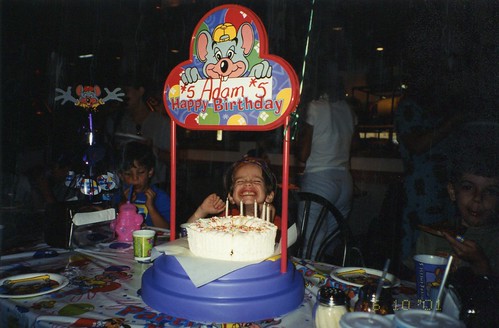