Friday was a lovely cool day with lots of azaleas and some tulips and peonies and a couple of Dove dark chocolate mint squares, so I can't complain. My neighbor and sometimes cat-sitter Rose dropped off a bag of Cinnamon's favorite Shrimpy Shrimp treats, which are currently hard to find, so we talked for a while from six feet down the sidewalk and another neighbor came by with her dog for long distance chatting. I got lots of photos scanned and took a walk to enjoy the afternoon.

In the evening we watched the awesome Albert Hall staging of The Phantom of the Opera on Andrew Lloyd Webber's YouTube channel -- Ramin Karimloo, Sierra Boggess, Hadley Fraser in a production specifically for the unusual stage setup, and afterward since it's an anniversary performance and Lloyd Webber is there, Sarah Brightman comes out and sings, then Colm Wilkinson comes out and sings with several other Phantoms, then they all sing to Michael Crawford and it's all lovely.

After that, I tracked down the Disney Family Singalong on ABC's streaming channel, which is also a lot of fun (Josh Gad and Luke Evans do "Gaston" from their respective homes and it is even gayer than in the film; Donnie Osmond sings "I'll Make a Man Out of You" with his grandchildren via Zoom and it is completely magnificent; there's plenty of Moana and Frozen and "Colors of the Wind"). We had a visitor in our backyard today close enough to photograph, so here he is catching bugs and climbing: 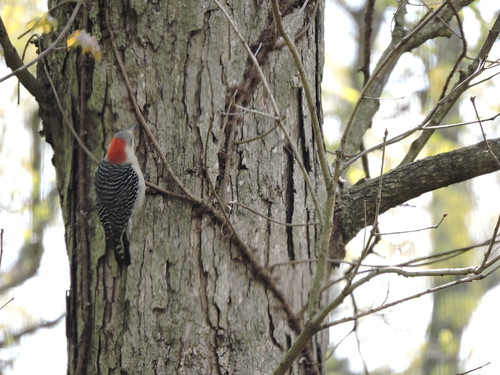