A great thing happened on Wednesday! I HAVE BEYOND BURGERS! Yes, it's the little things, but we have failed for weeks to find them anywhere but restaurants, and I managed to get an early morning Whole Foods delivery slot before they were sold out! We have Beyond Sausage too, though that isn't as crucial to my mental health. Plus we got more bagels delivered, so although I will not be losing any weight, I will be happy.

It was such a nice afternoon that we decided to take a walk on one of Cabin John Park's little-used woods trails near our house, where there are still bluebells. Otherwise, it was not a very eventful day, though I finished the very disorganized 1999-2000 photo box and moved on to scanning the slightly better organized 1997-1998 box. The 1996 box is sure to be a mess because we had a baby in the middle of that year.

We watched The Masked Singer, plus the quarantine-themed special afterward, which had several fun moments -- the contestant dog, licking his chops after the reward for behaving in costume, was a highlight -- then we watched What We Do in the Shadows' Superb Owl party, which was hilarious. Found and scanned today after being missing for many years, some pictures from a brief stop at Fallingwater with kids in 1997: 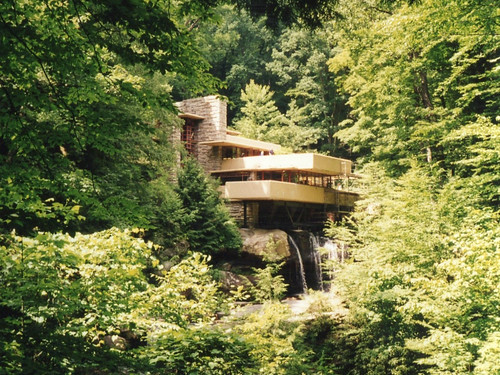